This Cuisinart coffee maker might have you overflowing with joy, or just overflowing (DTC-975BKN)

A Cuisinart coffee maker with a beautiful thermal carafe that keeps coffee hot all day. What could possibly go wrong?

SHORT VERSION: The thermal carafe on this Cuisinart coffee maker keeps coffee hot all day. That’s good. A lot of people report the machine pours coffee all over the kitchen. That’s bad. Causes and solutions vary. The carafe lid may be to blame as it is easy to clog, not always easy to attach properly. This is a great purchase if you can deal with the carafe lid.

is 16 inches tall and has a flip-up lid on top for adding coffee grounds, so filling this machine while the unit is still underneath your kitchen cabinets might not be possible. The clock is not illuminated, but it’s small, faces upward, and is placed at the base of the coffee maker so it really isn’t useful unless you’re standing directly over it. Quite frankly, the control panel overall looks like an afterthought. The thermal carafe that comes with this Cuisinart coffee maker, however, is double-walled stainless steel which looks pretty and will elicit envious oohs and aahs from visitors to your home. Try not to blush.

REASONS TO BUY THE CUISINART DTC-975BKN THERMAL 12-CUP COFFEE MAKER
The whole purpose of buying this Cuisinart coffee maker, or any other thermal carafe unit, is to keep your coffee hot and tasty for hours on end without it cooking on a warming plate. Coffee makers of this type don’t even have a warming plate. Owners of this Cuisinart coffee maker report that the coffee, which they say is great, stays hot for anywhere from “several hours” to “all day long.” One owner pegged the stay-hot time at 10 hours which is impressive. Another even said that coffee left in the carafe overnight was still warm 36 hours later! Dang. While it’s never advisable to keep coffee sitting around for that long, it’s nice to know that the carafe will do its job.

The engineering that makes this Cuisinart coffee maker special (and a nightmare for some, to be discussed later) is the “brew-through/pour-through” lid design. It is built to let coffee in and out while keeping the inner chamber sealed from heat loss, and that’s how coffee stays hot for so long.

There aren’t too many other features to speak of in this coffee maker. It’s programmable and has a “brew pause” function to allow for pouring a cup before brewing is complete, and it also beeps (quite loudly, by many accounts) to indicate that brewing is finished. The lack of features, though, hasn’t stopped happy owners from raving about this Cuisinart coffee maker. As of this writing, 68% of Amazon.com reviewers

have given it a 4 or 5 star rating. This number is lower than a lot of other products, but the happy owners are very, very happy.

for three or four years (it does come with a three year warranty, after all), and some even claim to still be using it after 8-10 years of ownership. Case in point: one Amazon.com customer by the name of “Hammer Head” wrote that his three year old DTC-975BKN had stopped working but it was still just inside the three year warranty period, so he got a new one for free. That was on September 27, 2004. In January 2013, he updated his review to say that his replacement was still brewing coffee twice a day, seven days a week. With proper use, this machine’s longevity might really surprise you. Even when this coffee maker breaks down, a lot of people decide to stick with it and buy a new one of the exact same model, and then another when that one quits. Coffee drinkers are a loyal group when we find a piece of hardware we like.

REASONS TO NOT BUY
HOT COFFEE ALL OVER THE KITCHEN COUNTER AND FLOOR! OH THE HUMANITY! Wake up in the morning, stick your head out the kitchen window, and listen carefully. You just might hear these very words being screamed by owners of this Cuisinart coffee maker.

While the negative comments on other coffee makers tend to focus on plastic taste and units suddenly kicking the bucket, the vast majority of unhappy owners of this model are unhappy because they can’t get it to NOT overflow coffee and grounds all over the place. Ok, I exaggerate a little… they actually can get it to work right, and when this Cuisinart coffee maker is working right everyone’s happy. Coffee is great, it stays hot throughout the day, and all is right with the world. And then a week passes, maybe a month or two for the lucky ones, and the Overflow Demon returns. But why? A lot of happy owners of this coffee machine say that it’s nearly perfect and that they really have to screw up to make it overflow, while the disgruntled owners claim that Cuisinart’s engineers had to be high on crack in order to build a coffee maker this bad.

The debate often seems to center around the magic brew-through lid mentioned earlier. If it clogs, you can count on coffee landing everywhere but inside the thermal carafe, and this point itself is not really in dispute. There are lots of theories on how this Cuisinart coffee maker

can ruin your morning, and many of them point to user error. Possible mistakes that can be made with this coffee maker are forgetting to empty the carafe before starting a new brew, screwing on the lid incorrectly, using two filters by accident, using too fine of a grind, spilling coffee grounds outside the filter and directly into the basket (causing a lid clog), failing to push the filter down far enough to avoid “fold over” when pushing the swing-out basket back into place (leading to lid clog, again), filling it with too much water, filling it with too much coffee, and failing to sacrifice a coffee virgin to the Cuisinart Coffee Gods. Cuisinart actually addresses several of these potential user errors in their Tips & Hints section on the Amazon.com product page

(but no mention of sacrificing virgins), so it seems that they’re aware of all of the overflow complaints.

While happy owners tend to point to user errors as the cause of frequent overflowing, angry owners (and there are many) swear up and down that they’re doing everything right and the overflow problem is entirely due to Cuisinart’s faulty product design. One former Cuisinart owner in particular, Amazon.com customer Fred Auerbach, wrote a detailed account of his journey into Cuisinart Coffee Maker Hell titled “What kind of fool am I

” on December 23, 2005. Since then, he has become a sort of cult hero among other dissatisfied owners of this Cuisinart coffee maker. Most reviews on Amazon have few if any comments, but Mr. Auerbach’s review, as of this writing, has been commented on 111 times, many of those comments being followups from Mr. Auerbach himself. He even has his own troll, a certain “S. Caros,” with whom he has been sparring on and off for the better part of four years now. The comment thread on Mr. Auerbach’s review is actually kind of funny. The majority of the comments are from other unhappy Cuisinart owners, but certain parts read like a chat session between a bunch of senior citizens arguing over whether or not their coffee maker is possessed by the devil. 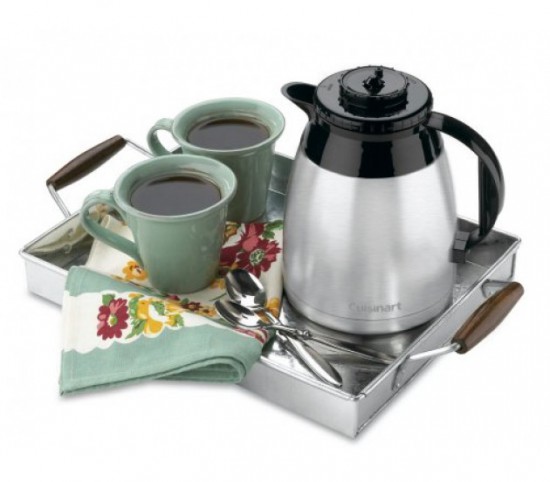 SUMMARY
As with a lot of coffee machines, this Cuisinart coffee maker will bring you either pleasure or pain. There doesn’t seem to be a lot of in between. Based on both positive and negative reviews, it seems that a certain level of care and dexterity might be necessary to get this coffee maker to stay functional over a long period of time. Buyers will need to check the lid for clogs and might have to take it apart for thorough cleaning. It would also be advisable to be vigilant about filter placement, learn the right way (and wrong way) to screw on the magic lid, and generally be willing to do some troubleshooting when problems arise. Notice that I didn’t say “if” problems arise…it looks like the majority of people who own this Cuisinart coffee maker have had an overflow at some point, and the happy ones are those who figured out why and have managed to avoid repeating whatever they did wrong.

I’m not suggesting that Mr. Auerbach and his legion of followers are completely at fault. Nor am I suggesting that Team Auerbach has failed to do any troubleshooting; I’m sure there is truth to the claim that Cuisinart’s product design has shortcomings, and unhappy owners probably have more troubleshooting experience with this coffee maker than Cuisinart’s own people. I don’t, however, agree with Mr. Auerbach’s assertion that this coffee maker just chooses to “strike” at random intervals. It’s a coffee maker, not a terrorist cell, although I’m sure Mr. Auerbach would enjoy that comparison.

I would recommend that all potential buyers of this coffee machine take a look at the comment thread on Mr. Auerbach’s review

. It will clearly illustrate the level of frustration that this coffee maker may visit upon you, but it also presents some evidence that user error may, indeed, be the cause of many of the complaints. For example, any coffee machine that works for a while and then suddenly stops working, but then works again later, has at least one thing going for it: it is capable of functioning properly. Hoses are in place, wires are connected, electronics are doing their job, and problem-free operation is possible. But what happens during the interval between coffee bliss and coffee despair? How does a machine just “suddenly” decide to skip the carafe and dump coffee all over your kitchen? The reason is probably different for a lot of people who may have a variety of coffee making habits. Many owners have found their own way of staying overflow-free (one guy found happiness by drilling holes in his lid), but quite a few have not been so lucky and have resorted to literally throwing this Cuisinart coffee maker in the garbage. And, by the way, please DON’T do that! If your coffee maker breaks, look for a way to recycle it. I’ll write more about that in the future.

BUY IT with the expectation of eventually having to do some problem solving.

I believe this Cuisinart coffee maker is a great product for certain customers. You don’t have to be a mechanical engineer in order to use it successfully, but if you’re generally good at figuring out why a gadget is misbehaving, then this coffee machine should serve you well for at least the next few years and possibly well beyond. On the other hand, if you have gotten frustrated with and subsequently discarded more than a couple of electronic or mechanical products in your life, this probably isn’t the best coffee maker for you. 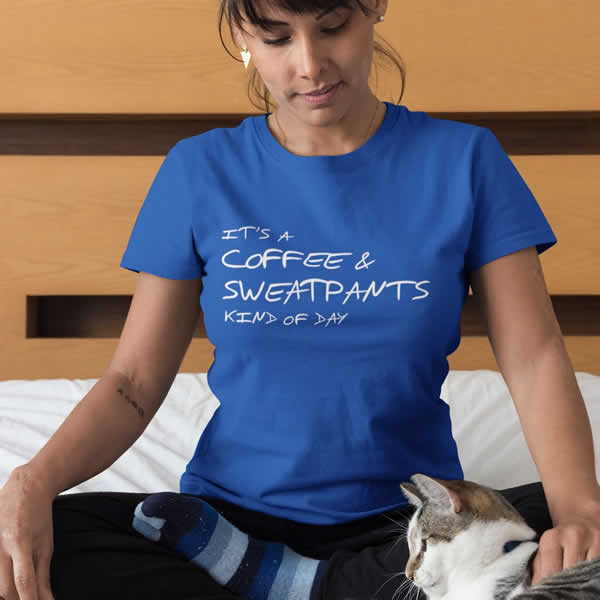 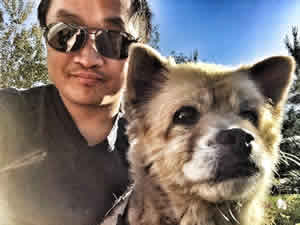